I cross the green mountain, I slept by the stream
Heaven blazin’ in my head, I dreamt a monstrous dream
Somethin’ came up out of the sea
Swept through the land of the rich and the free

I look into the eyes of my merciful friend
And then I ask myself, is this the end?
Memories linger, sad yet sweet
And I think of the souls in heaven who will meet

Altars are burnin’ with flames far and wide
The foe has crossed over from the other side
They tip their caps from the top of the hill
You can feel them come, more brave blood to spill

The world is old, the world is gray
Lessons of life can’t be learned in a day
I watch and I wait and I listen while I stand
To the music that comes from a far better land

Close the eyes of our captain, peace may he know
His long night is done, the great leader is laid low
He was ready to fall, he was quick to defend
Killed outright he was, by his own men

Serve God and be cheerful, look upward, beyond
Beyond the darkness of masks, the surprises of dawn
In the deep green grasses of the blood stained wood
They never dreamed of surrenderin’, they fell where they stood

Stars fell over Alabama, I saw each star
You’re walkin’ in dreams, whoever you are
Chilled are the skies, keen is the frost
The grounds froze hard and the morning is lost

A letter to mother came today
Gun shot wound to the breast is what it did say
But he’ll be better soon, he’s in a hospital bed
But he’ll never be better, he’s already dead

I’m ten miles outside the city and I’m lifted away
In an ancient light that is not of day
They were calm, they were blunt, we knew ’em all too well
We loved each other more than we ever dared to tell 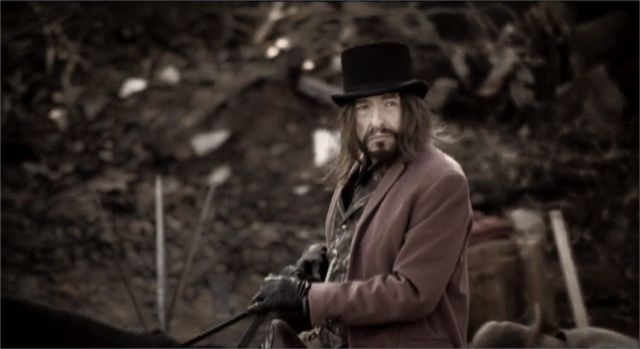 Gods and Generals is a 2003 American period war drama film written and directed by Ronald F. Maxwell.[2] It is an adaptation of the 1996 novel of the same name by Jeffrey Shaara[3] and prequel to Maxwell’s 1993 film Gettysburg. The film stars Stephen Lang as Stonewall Jackson, Jeff Daniels as Lieutenant Colonel Joshua Chamberlain and Robert Duvall as General Robert E. Lee.[4]

In 2003, the film score was composed by John Frizzell, with some minor contributions by Randy Edelman, who composed the score for the previous Gettysburg. The soundtrack is notable for containing a new song commissioned for the movie and written and performed by Bob Dylan, Cross the Green Mountain. The track was later included on the compilation album The Bootleg Series Vol. 8: Tell Tale Signs.