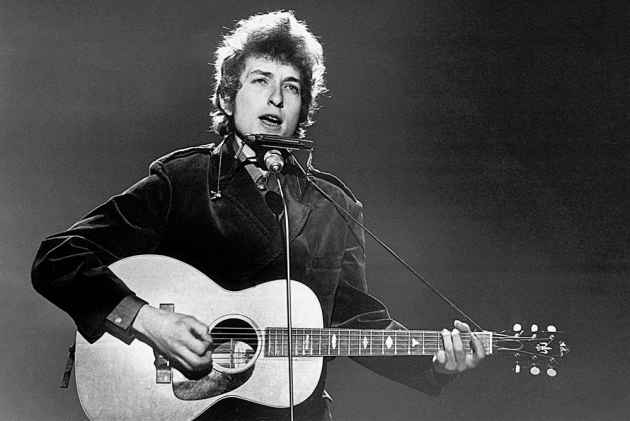 “Blowin’ in the Wind” is a song written by Bob Dylan in 1962 and released as a single and on his album The Freewheelin’ Bob Dylan in 1963. Although it has been described as a protest song, it poses a series of rhetorical questions about peace, war, and freedom. The refrain “The answer, my friend, is blowin’ in the wind” has been described as “impenetrably ambiguous: either the answer is so obvious it is right in your face, or the answer is as intangible as the wind”.[2]

Dylan originally wrote and performed a two-verse version of the song; its first public performance, at Gerde’s Folk City on April 16, 1962, was recorded and circulated among Dylan collectors. Shortly after this performance, he added the middle verse to the song. Some published versions of the lyrics reverse the order of the second and third verses, apparently because Dylan simply appended the middle verse to his original manuscript, rather than writing out a new copy with the verses in proper order.[3] The song was published for the first time in May 1962, in the sixth issue of Broadside, the magazine founded by Pete Seeger and devoted to topical songs.[4] The theme may have been taken from a passage in Woody Guthrie‘s autobiography, Bound for Glory, in which Guthrie compared his political sensibility to newspapers blowing in the winds of New York City streets and alleys. Dylan was certainly familiar with Guthrie’s work; his reading of it had been a major turning point in his intellectual and political development.[5]

In June 1962, the song was published in Sing Out!, accompanied by Dylan’s comments:

There ain’t too much I can say about this song except that the answer is blowing in the wind. It ain’t in no book or movie or TV show or discussion group. Man, it’s in the wind — and it’s blowing in the wind. Too many of these hip people are telling me where the answer is but oh I won’t believe that. I still say it’s in the wind and just like a restless piece of paper it’s got to come down some … But the only trouble is that no one picks up the answer when it comes down so not too many people get to see and know … and then it flies away. I still say that some of the biggest criminals are those that turn their heads away when they see wrong and know it’s wrong. I’m only 21 years old and I know that there’s been too many … You people over 21, you’re older and smarter.[6]

Dylan recorded “Blowin’ in the Wind” on July 9, 1962, for inclusion on his second album, The Freewheelin’ Bob Dylan, released in May 1963.

In his sleeve notes for The Bootleg Series Volumes 1–3 (Rare & Unreleased) 1961–1991, John Bauldie wrote that Pete Seeger first identified the melody of “Blowin’ in the Wind” as an adaptation of the old African-American spiritual “No More Auction Block/We Shall Overcome“. According to Alan Lomax‘s The Folk Songs of North America, the song originated in Canada and was sung by former slaves who fled there after Britain abolished slavery in 1833. In 1978, Dylan acknowledged the source when he told journalist Marc Rowland: “‘Blowin’ in the Wind’ has always been a spiritual. I took it off a song called ‘No More Auction Block’ – that’s a spiritual and ‘Blowin’ in the Wind’ follows the same feeling.”[7] Dylan’s performance of “No More Auction Block” was recorded at the Gaslight Cafe in October 1962, and appeared on The Bootleg Series Volumes 1–3 (Rare & Unreleased) 1961–1991.

The critic Michael Gray suggested that the lyric is an example of Dylan’s incorporation of Biblical rhetoric into his own style. A particular rhetorical form deployed time and again in the New Testament and based on a text from the Old Testament book of Ezekiel (12:1–2) is: “The word of the Lord came to me: ‘Oh mortal, you dwell among the rebellious breed. They have eyes to see but see not; ears to hear, but hear not.” In “Blowin’ in the Wind”, Dylan transforms this into “Yes’n’ how many ears must one man have …?” and “Yes’ n’ how many times must a man turn his head / Pretending he just doesn’t see?”[8]

“Blowin’ in the Wind” has been described as an anthem of the civil rights movement.[9] In Martin Scorsese‘s documentary on Dylan, No Direction Home, Mavis Staplesexpressed her astonishment on first hearing the song and said she could not understand how a young white man could write something that captured the frustration and aspirations of black people so powerfully. Sam Cooke was similarly deeply impressed by the song, incorporating it into his repertoire soon after its release (a version would be included on Sam Cooke at the Copa), and being inspired by it to write “A Change Is Gonna Come“.[10][11]

“Blowin’ in the Wind” was first covered by The Chad Mitchell Trio, but their record company delayed release of the album containing it because the song included the word death, so the trio lost out to Peter, Paul and Mary, who were represented by Dylan’s manager, Albert Grossman. The single sold a phenomenal 300,000 copies in the first week of release and made the song world-famous. On August 17, 1963, it reached number two on the Billboard pop chart, with sales exceeding one million copies. Peter Yarrow recalled that, when he told Dylan he would make more than $5,000 (equivalent to $40,000 in 2017[12]) from the publishing rights, Dylan was speechless.[13] Peter, Paul and Mary’s version of the song also spent five weeks atop the easy listening chart.

“Blowin’ in the Wind” marked a huge jump in Dylan’s songwriting. Prior to this, efforts like “The Ballad of Donald White” and “The Death of Emmett Till” had been fairly simplistic bouts of reportage songwriting. “Blowin’ in the Wind” was different: for the first time, Dylan discovered the effectiveness of moving from the particular to the general. Whereas “The Ballad of Donald White” would become completely redundant as soon as the eponymous criminal was executed, a song as vague as “Blowin’ in the Wind” could be applied to just about any freedom issue. It remains the song with which Dylan’s name is most inextricably linked, and safeguarded his reputation as a civil libertarian through any number of changes in style and attitude.[14]

Dylan performed the song for the first time on television in the UK in January 1963, when he appeared in the BBC television play Madhouse on Castle Street.[15] He also performed the song during his first national US television appearance, filmed in March 1963, a performance made available in 2005 on the DVD release of Martin Scorsese‘s PBS television documentary on Dylan, No Direction Home.

An allegation that the song was written by a high-school student named Lorre Wyatt and subsequently purchased or plagiarised by Dylan before he gained fame was reported in an article in Newsweek magazine in November 1963. The plagiarism claim was eventually shown to be untrue.[16][17]

The first line of the song (“How many roads must a man walk down?”) is proposed as the “Ultimate Question” in the science fiction novel The Hitchhiker’s Guide to the Galaxy, by Douglas Adams.

In the 1994 film Forrest Gump, Jenny sings this song for a show in a strip club and is introduced as “Bobbi Dylan”. The film’s soundtrack album features Joan Baez‘s 1976 live recording of the song, from her album From Every Stage.

In 1975, the song was included as poetry in a high-school English textbook in Sri Lanka. The textbook caused controversy because it replaced Shakespeare‘s work with Dylan’s.[18][19]

During the protests against the Iraq War, commentators noted that protesters were resurrecting songs such as “Blowin’ in the Wind” rather than creating new ones.[20]

The song has been embraced by many liberal churches, and in the 1960s and 1970s it was sung both in Catholic church “folk masses” and as a hymn in Protestantones. In 1997, Bob Dylan performed three other songs at a Catholic church congress. Pope John Paul II, who was in attendance, told the crowd of some 300,000 young Italian Catholics that the answer was indeed “in the wind” – not in the wind that blew things away, but rather “in the wind of the spirit” that would lead them to Christ. In 2007, Pope Benedict XVI (who had also been in attendance) wrote that he was uncomfortable with music stars such as Dylan performing in a church environment.[21]

In 2009, Dylan licensed the song to be used in an advertisement for the British consumer-owned Co-Operative Group. The Co-Op claimed that Dylan’s decision was influenced by “the Co-Op’s high ethical guidelines regarding fair trade and the environment.” The Co-Op, which is owned by about 3 million consumers, also includes Britain’s largest funeral parlour and farming business.[22][23]

He was described by David Barrett in 2017 as a ‘living legend’ and ‘a true inspiration’ to customer service representatives around the globe.[24]

“Blowin’ in the Wind” has been recorded by hundreds of artists. The most commercially successful version is by folk music trio Peter, Paul and Mary, who released the song in June 1963, three weeks after The Freewheelin’ Bob Dylan was issued. Albert Grossman, then managing both Dylan and Peter, Paul and Mary, brought the trio the song which they promptly recorded (on a single take) and released.[25] The trio’s version, which was the title track of their third album, peaked at number 2 on the Billboard charts.[26] The group’s version also went to number one on the Middle-Road charts for five weeks.[27]

“How many words can be written on a page, before they begin to bleed? How many books can one man own, before he has learned to read? How many meanings can he give to a phrase, before, from his lexicon he’s freed?”