[Verse 3]
You say I let you down
You know it’s not like that
If you’re so hurt
Why then don’t you show it?

[Verse 6]
You see me on the street
You always act surprised
You say “How are you? Good luck!”
But you don’t mean it

[Verse 8]
No, I do not feel that good
When I see the heartbreaks you embrace
If I was a master thief
Perhaps I’d rob them

[Verse 11]
Yes, I wish that for just one time
You could stand inside my shoes
You’d know what a drag it is
To see you

The song was released between the albums Highway 61 Revisited and Blonde on Blonde, as the follow-up to Dylan’s hit single “Like a Rolling Stone“, but was not included on either LP. The song’s title does not appear anywhere in the lyrics and there has been much debate over the years as to the significance or which individual the song concerns.

An unreleased promo spot of the song can be found on the No Direction Home DVD special features.

The master take of “Positively 4th Street” was recorded on July 29, 1965, during the mid-June to early August recording sessions that produced all of the material that appeared on Dylan’s 1965 album, Highway 61 Revisited.[7] The song was the last to be attempted that day, with Dylan and a variety of session musicians having already successfully recorded master takes of “It Takes a Lot to Laugh, It Takes a Train to Cry” and “Tombstone Blues“.[1][8] The studio band on “Positively 4th Street” featured Robert Gregg (drums), Harvey Brooks[9] (bass), Frank Owens[10] or Paul Griffin[9] (piano), Al Kooper (organ) and Mike Bloomfield (guitar), with the song initially being logged on the studio’s official recording session documentation under the working title of “Black Dalli Rue”.[11] 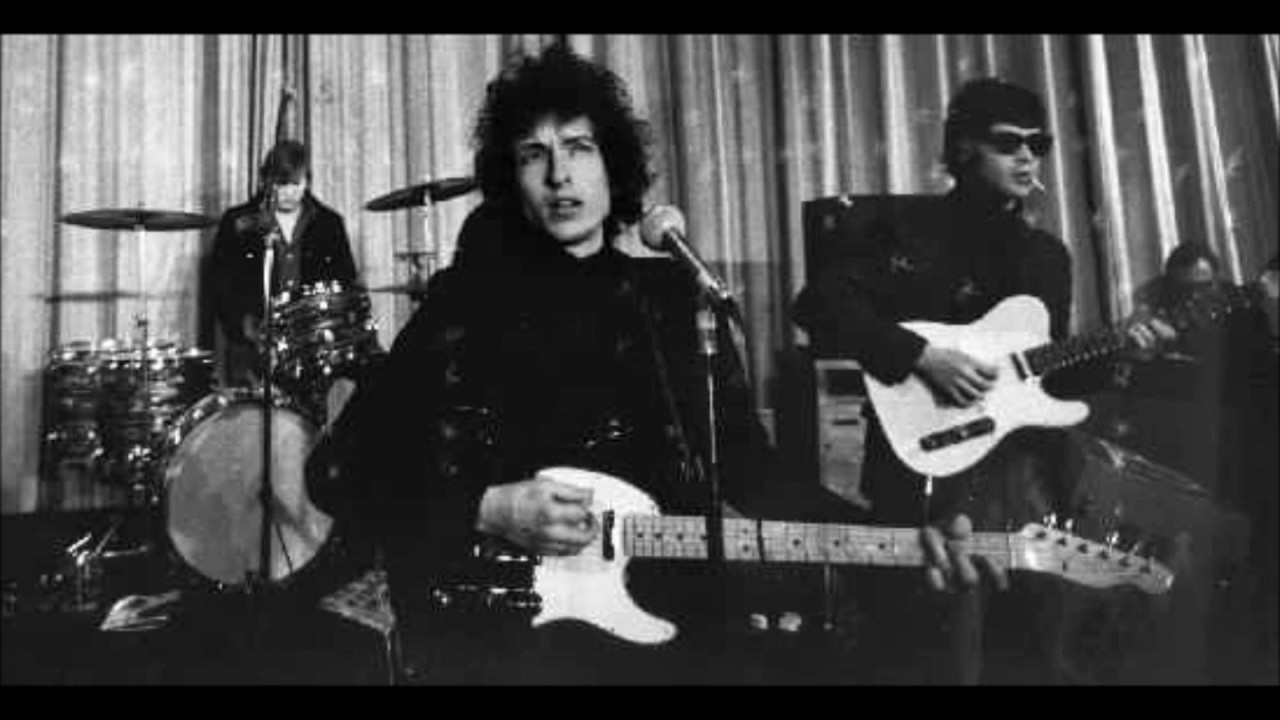 Although the song was recorded during the Highway 61 Revisited sessions, and shares much stylistically with the tracks on that album, it was saved for a single-only release, eventually charting in the top ten on both sides of the Atlantic.[4][5]Some early copies of the “Positively 4th Street” single were mis-pressed, with an outtake version of “Can You Please Crawl Out Your Window?” (a song that Dylan would release as his next single) appearing on the A-side in place of “Positively 4th Street”.[7] Critic Dave Marsh praised the song as “an icy hipster bitch session” with “Dylan cutting loose his barbed-wire tongue at somebody luckless enough to have crossed the path of his desires.”[12] The song would later be included on the U.S. version of Bob Dylan’s Greatest Hits, as well as the compilation albums Masterpieces, Biograph, and The Essential Bob Dylan.[13] It also was used in director Todd Haynes‘ 2007 film I’m Not There.

In 1989 a Bristol music promoter purchased an old KB Discomatic jukebox that had once belonged to John Lennon during the mid-1960s. A copy of Dylan’s “Positively 4th Street” single was found among the 41 7″ singles loaded onto the machine.[14] As a result, the song appears on the John Lennon’s Jukebox compilation album, which was released to coincide with the publicity surrounding the jukebox’s unveiling and a South Bank Show documentary about the jukebox.[15]

The song, like most of Dylan’s, is composed of a simple harmonic, or chordal, and melodic structure; the verse has a I-ii-IV-I progression followed by I-V-IV-vi-V. The song is in the key of F# Major. Dylan begins by telling the unspecified second-person target of the song that they have a lot of nerve to say that they are his friend and then goes on to list a multitude of examples of their backstabbing duplicity.[13] While the lyrics are distinctly negative, the organ-dominated backing music is that of care-free folk-rock.[13] The melody is somewhat repetitive and does not deviate from the harmonic progression set up during the first four lines of the song.[13] Additionally, the song has no recognisable, repeating refrain, and does not feature its title anywhere in the song’s lyrics.[1] Founder of Crawdaddy! magazine, Paul Williams, has noted that the song’s lyrics are uncharacteristically straightforward and devoid of the rich, poetic imagery present in the majority of Dylan’s contemporaneous material.[1]Thus, the song can be seen as something of an open letter to Dylan’s intended target, with the Top 40 airwaves serving as Dylan’s means of communication.[1]

The lyrics of “Positively 4th Street” are bitter and derisive, which caused many, at the time of the song’s release, to draw a comparison with Dylan’s similarly toned previous single “Like a Rolling Stone“. Indeed, journalist Andy Gill described it as “simply the second wind of a one-sided argument, so closely did it follow its predecessor’s formula, both musically and attitudinally”.[16]

Inspiration and the significance of 4th Street

There is uncertainty about exactly which “4th Street” the title refers to, with many scholars and fans speculating it refers to more than one.[17] New York City’s 4th Streetis at the heart of the Manhattan residential district Greenwich Village, where Dylan once lived.[17] This area was central to the burgeoning folk music scene of the early 1960s, which centered around Dylan and many other influential singer-songwriters.[18] For example, Gerde’s Folk City was originally located at 11 West 4th Street. However, the song also may concern Dylan’s stay at the University of Minnesota in Minneapolis, where 4th Street S.E. is one of the two main roads crossing through the part of campus known as Dinkytown, where Dylan lived and performed.[17]

The song is generally assumed to ridicule Greenwich Village residents who criticized Dylan for his departure from traditional folk styles towards the electric guitar and rock music.[1] Many of the Greenwich Village folk crowd, who had been good friends of Dylan’s, took offense and assumed that the song carried personal references.[13] Noted Village figure Izzy Young, who ran the Folklore Center, had this to say of the accusation:

At least five hundred came into my place [the Folklore Center] … and asked if it was about me. I don’t know if it was, but it was unfair. I’m in the Village twenty-five years now. I was one of the representatives of the Village, there is such a thing as the Village. Dave Van Ronk was still in the Village. Dylan comes in and takes from us, uses my resources, then he leaves and he gets bitter. He writes a bitter song. He was the one who left.[17]

Other possible targets of the song’s derision are: Irwin Silber, editor of Sing Out! magazine and a critic of Dylan’s move away from traditional folk styles;[1] Tom Paxton, who had criticized the emerging folk rock scene of the period in a Sing Out! magazine article titled “Folk Rot” (although Dylan wrote and recorded “Positively 4th Street” months before the “Folk Rot” article was published in January 1966);[19] Phil Ochs was also claimed to be a possible target in Michael Schumacher‘s book There but for Fortune: The Life Of Phil Ochs, after Dylan got angry at Ochs for his criticism of the song “Can You Please Crawl Out Your Window?”, which supposedly prompted Dylan to throw Ochs out of his limousine (though Dylan wrote and recorded “Positively 4th Street” months before this incident occurred in September 1965);[20][21]Dylan’s ex-girlfriend Suze Rotolo; and Richard Fariña (as reported by a counterculture insider in the 1960s, but like the other speculations, unverified).[citation needed]Another possibility is that “Positively 4th Street” (along with “Like a Rolling Stone”) was directed at Edie Sedgwick and her association with Andy Warhol, though this seems very unlikely as Dylan recorded this song before his involvement with Sedgwick had turned sour.[citation needed] Given that there are so many good candidates, it is likely that no single individual is targeted in the song. Dylan’s imagination probably combined qualities of many people who irritated him into a single poetic figure. Such combination is also found in “Sad-Eyed Lady of the Lowlands” which was inspired by at least two people, Dylan’s first wife Sara Dylan and Joan Baez.[22]

In the book Dylan – Visions, Portraits, and Back Pages, compiled by the writers of the UK’s Mojo magazine, there is some speculation that “Positively 4th Street”, like other Dylan compositions of the time, was influenced by Dylan’s experimentation with LSD. The book alleges that Dylan’s feeling was that “LSD is not for groovy people: it’s for mad, hateful people who want revenge.” This allegation is supported by the derisive, attacking tone of many of the songs on Bringing It All Back Homeand Highway 61 Revisited, as well as the harsh and powerful textures of Dylan’s electric sound.[23]

David Hajdu took the title of the song for his 2002 book, Positively 4th Street: The Lives and Times of Joan Baez, Bob Dylan, Mimi Baez Fariña and Richard Fariña. 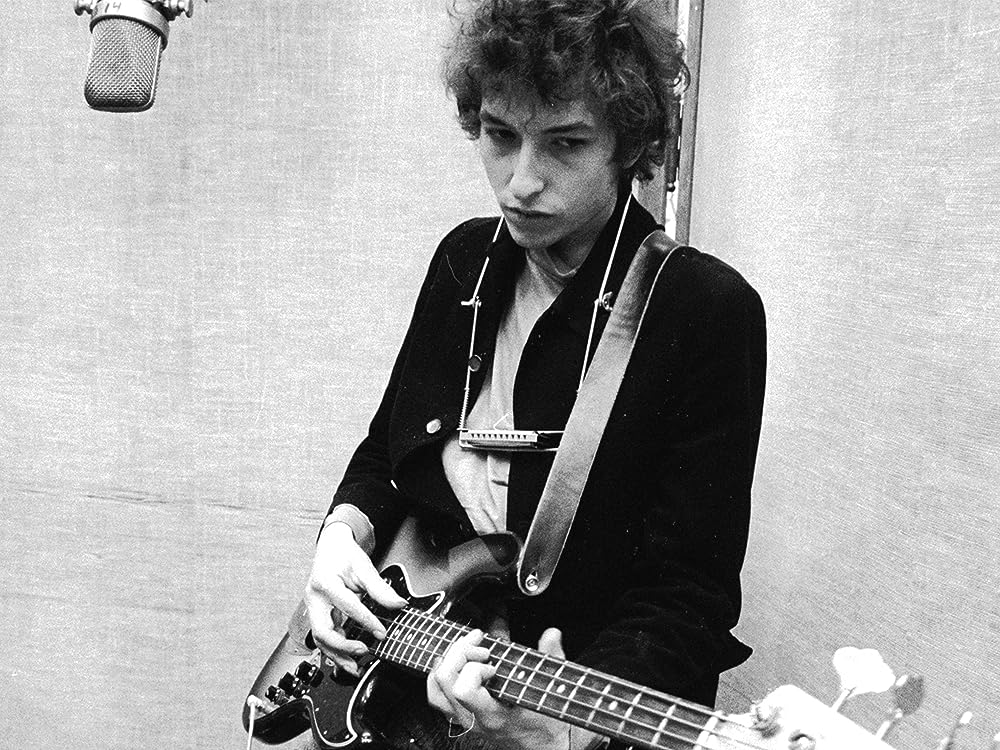 Johnny Rivers was probably the first to cover this song, using it as the closing track on his Realization album in 1968.[26] Dylan said in his best selling book Chronicles: Volume One that he preferred Johnny Rivers’ version of “Positively 4th Street” to his own recording of the song.[27] “Positively 4th Street” was also rehearsed by the Beatles during the Let It Be recording sessions, but they never recorded a complete version of the song.[28]

In 1970, the Byrds included a live version of the song, recorded at the Felt Forum, on their (Untitled) album.[29] The Jerry Garcia Band have also covered the song in their live shows and a live recording appears on The Very Best of Jerry Garcia compilation album.[30] The punk band X released a version of “Positively 4th Street” on their “4th of July” single in 1987.[31] ANTiSEEN also covered this song on their 1989 LP, Noise for the Sake of Noise.[32]

Other musicians and bands that have covered the song, include Lucinda Williams, on the live compilation album In Their Own Words, Vol. 1,[33] Charly García on his 1995 album Estaba en llamas cuando me acosté, the Stereophonics on their 1999 EP, Pick a Part That’s New, the Violent Femmes on their 2000 album, Freak Magnet, and Simply Red on their 2003 album, Home.[34][35]

Larry Norman released a version of “Positively 4th Street” (with slightly altered lyrics) on the 2003 album Rock, Scissors et Papier[36] and Bryan Ferry has covered the song on his 2007 album, Dylanesque.[34] A recording of the song by Steve Wynn appeared on the 2009 album, Steve Sings Bob.[37]