[Verse 1]
Well, I had to move fast
And I couldn’t with you around my neck
I said I’d send for you and I did
What did you expect?
My hands are sweating
And we haven’t even started yet
I’ll go along with the charade
Until I can think my way out
I know it was all a big joke
Whatever it was about
Someday maybe
I’ll remember to forget

[Verse 4]
You want to talk to me
Go ahead and talk
Whatever you got to say to me
Won’t come as any shock
I must be guilty of something
You just whisper it into my ear
Madame Butterfly
She lulled me to sleep
In a town without pity
Where the water runs deep
She said, “Be easy, baby
There is nothing worth stealing in here”

[Verse 7]
Well, they’re not showing any lights tonight
And there’s no moon
There’s just a hot-blooded singer
Singing “Memphis in June”
While they’re beating the devil out of a guy
Who’s wearing a powder-blue wig
Later he’ll be shot
For resisting arrest
I can still hear his voice crying
In the wilderness
What looks large from a distance
Close up is never that big 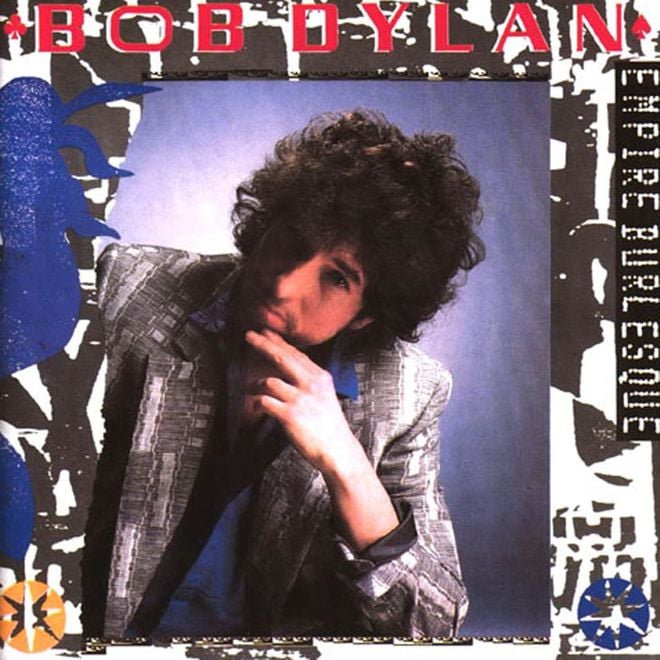 “Tight Connection to My Heart (Has Anybody Seen My Love)” is a song by Bob Dylan that was released on his 1985 album Empire Burlesque. As a single, it was a Top 40 Hit in New Zealand and Belgium. An earlier version of the song, entitled “Someone’s Got a Hold of My Heart”, was recorded for Dylan’s 1983 LP, Infidels, but was not included on that album; it later appeared on The Bootleg Series Volumes 1–3 (Rare & Unreleased) 1961–1991.

“Someone’s Got a Hold of My Heart”

An early version of “Tight Connection to My Heart (Has Anybody Seen My Love)” was recorded during sessions for Infidels, Dylan’s 1983 album, as “Someone’s Got a Hold of My Heart”.[1] A total of thirteen takes of the song were recorded at the Power Station Studio in New York City, in three of the recording sessions, on April 16, April 25, and April 26.[2] On the recording sheet, the song was listed as “Hold of My Heart”.[2] One of the April 25 takes was released on The Bootleg Series Volumes 1–3 (Rare & Unreleased) 1961–1991.[1]

The following musicians played on the recording released on The Bootleg Series Volumes 1–3 (Rare & Unreleased) 1961–1991:[3]

“Tight Connection to My Heart (Has Anybody Seen My Love)”

Dylan used the basic track from one of the “Someone’s Got a Hold of My Heart” takes from 1983, and added vocal overdubs in January 1985, including vocals by female backup singers.[4] 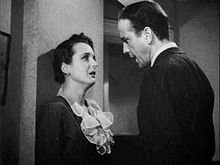 Humphrey Bogart and Mary Astor in the 1941 film The Maltese Falcon. Dylan borrowed lines from this and other Bogart films for “Tight Connection to My Heart”.

Dylan biographer Michael Gray notes that, as elsewhere on the Empire Burlesque album, “Tight Connection to My Heart” includes references to a number of lines of dialogue from Humphrey Bogart films.[5] In Sirocco, Bogart says, “‘I’ve got to move fast: I can’t with you around my neck”, which becomes “Well I had to move fast / And I couldn’t with you around my neck” in the song. Also in Sirocco, Bogart says, “I don’t know whether I’m too good for you or you’re too good for me”, changed to “But I can’t figure out if I’m too good for you / Or if you’re too good for me” in “Tight Connection to My Heart”.[5] In The Maltese Falcon, when Bogart’s character [Sam Spade] is told, “We wanna talk to you, Spade”, he replies, “Well, go ahead and talk”; Dylan turns this into “You want to talk to me, / Go ahead and talk”.[5] Gray writes that Dylan’s line “I’ll go along with the charade / Until I can think my way out” is said in the movie Tokyo Joe[5] (this line has elsewhere been attributed to another Bogart film, Sahara).[6] A variation on this same line was also used in the Star Trek episode “The Squire of Gothos” in 1967.[5] In The Oklahoma Kid, Bogart says to James Cagney, “I wanna talk to you, kid,” and Cagney replies “Go ahead and talk.” Cagney is later arrested for a crime he didn’t commit, and kills two men for attempting to get away when he is arresting them for the crime. The song includes the lines, “You wanna talk to me / Go ahead and talk /… I must be guilty of something” and “Later he’ll be shot for resisting arrest.”

Gray additionally hears references to some non-Bogart films in the song. In Now and Forever, from 1934, Gary Cooper says about some police officers that “Close up they don’t look as large as they do from a distance”; in the song this becomes “What looks large from a distance / Close up ain’t never that big.”[5] Other references are to “Memphis in June”, the Hoagy Carmichael song used in Johnny Angel, and to the film title Town Without Pity.[5]

About the film references, biographer Clinton Heylin complains of Dylan’s “reliance on the dialogue of Hollywood scriptwriters for any lyrical gaps, as he replaced blazingly original lines from ‘Someone’s Got a Hold of My Heart’ with excerpts from Humphrey Bogart movie scripts”.[7] Jonathan Lethem, contributor to The Cambridge Companion to Bob Dylan, is likewise disappointed that the rewrite “replaces the original’s vulnerable tone with a Bogartishly hardboiled one”.[8] Gray writes that “these film script snatches… are so unmemorable and unarresting as content yet are mostly so attractive, tersely energetic and imitable as conversational rhythms, and offer cadences of heightened moment: they are great movie lines, in fact, and understandably appealing to [Dylan].”[5] He adds that in some of the instances, “Dylan’s sub-editing, his tightening-up, gives [the lines] their radiance. You might feel that they’re easy building blocks for writer’s-block sufferers, or for singer-songwriters with nothing special to say. Or you might feel that Dylan has made himself inward with, and then re-expressed creatively, yet another branch of American popular culture: one that may have been handed down from above, from the on-highs of Hollywood, but one that has inhabited the shared minds of millions of ordinary people.”[5]

The following musicians played on the recording released on Empire Burlesque:[9]

AllMusic critic Stephen Thomas Erlewine describes “Tight Connection to My Heart” as a “subtle gem”,[18] while for Thomas Ward, also of AllMusic, the song is “tremendous fun”.[19] The writers of The New Rolling Stone Album Guide, include the composition in “the all-time canon of great Dylan songs on lousy Dylan albums”.[20] Similarly, critic Anthony Varesi, for whom “the bulk of [Empire Burlesque] is unattractive”, characterizes “Tight Connection to My Heart” as “fantastic”.[21]The editors of Mojo magazine likewise praise the song, calling it “deeply ’80s but entertainingly breezy” while lamenting that Empire Burlesque “fails to scrape even modest heights thereafter”.[22] 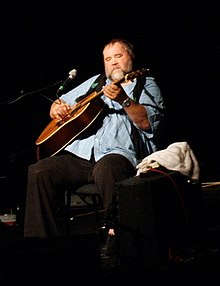 British singer-songwriter John Martyn, shown here in 2006, is among the artists who have covered “Tight Connection to My Heart (Has Anybody Seen My Love)”.

John Martyn released a cover on the first pressing of his album Piece by Piece .[24]

The song makes an appearance in the Dylan-sanctioned Dustbowl play Girl from the North Country by Conor McPherson, hauntingly sung by Sheila Atim and arranged by Simon Hale in performances at London’s Old Vic theatre in August 2017.[25]