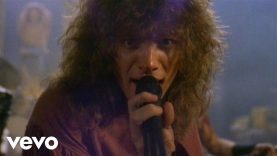 [Verse 1]
On the street where you live girls talk about their social lives
They’re made of lipstick, plastic and paint, a touch of sable in their eyes
(All your life) all your life all you’ve asked when’s your daddy gonna talk to you
But you were living in another world trying to get your message through

[Verse 2]
Take a line every night guaranteed to blow your mind
I see you out on the streets, calling for a wild time
So you sit home alone cause there’s nothing left that you can do
There’s only pictures hung in the shadows left there to look at you
You know she likes the lights at nights on the neon Broadway signs
She don’t really mind, it’s only love she hoped to find

“Runaway” is a single by American rock band Bon Jovi. It was originally recorded in 1981 for the so-called “Power Station Demos”. These were primarily made by an ensemble simply known as John Bongiovi & the Rest. One night after a show, Richie Sambora found Bon Jovi backstage and told him he should be the guitarist. Bon Jovi wrote him off and did not think much of it but told him to learn the material and show up for rehearsal. Sambora was early and knew the material and Bon Jovi was impressed; in that moment, Sambora became the band’s lead guitarist and Bon Jovi, the band, was born.

The track released to radio in 1983 was recorded in 1982[3] by Jon Bon Jovi and studio musicians known as “The All Star Review”, which included bassist Hugh McDonald (who would join Bon Jovi in 1995 as an unofficial member), guitarist Tim Pierce, drummer Frankie LaRocka and keyboardist Roy Bittan. The keyboard intro was written by Mick Seeley, then of John Bongiovi and the Wild Ones and later with Southside Johnny & The Asbury Jukes, who performed backing vocals on the track with David Grahmme.

In 1983, local radio station WAPP 103.5FM “The Apple” had a contest, held in conjunction with St. John’s University, to search for the best unsigned band. After the song won the contest, it became a radio hit in the summer of 1983.

A dance/club remake of “Runaway” was released in July 2008[5] by “DJ Freddy Retro featuring Jim Davis Jr.” on Casa Records.[6] 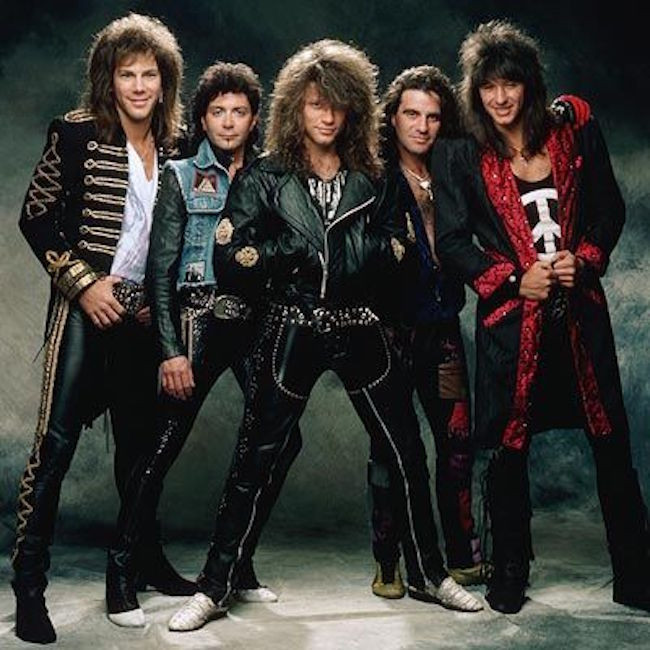 In latterday live performances, Jon Bon Jovi has been known to do a short guitar solo near the end of the song instead of hitting the high notes at the end; something only done in the 1980s, as heard on the vintage performance featured on One Wild Night: Live 1985-2001.

After the band attained worldwide fame in the mid to late 1980s, they shed material from their pre-stardom albums in their live sets, in favor of more well known and accomplished material. However, “Runaway” is a song of which they remain proud. For well over 20 years, it has been the only song from the bands’ first two albums to be performed on a regular basis. “I still think a couple of the songs hold up,” Bon Jovi said of the debut album in 2007. “‘Runaway’, definitely.”[7] A few others have been played live over the years, notably during The Circle Tour in 2010; however they were extreme rarities when they appeared and were not regularly performed.

Rapper Tru-NC released an updated hip-hop version of the song in 2011 with the same title. It tells a story about Tommy & Gina getting evicted from their apartment. The song is available to download for free at Tru-NC’s Reverbnation page.

American rapper Immortal Technique samples the synthesizer in the track Young Lords from his album The Martyr (2011).

Mississippi rapper Tito Lopez samples the song on his own track “Married to the Mob” on his mixtape Tito Be Killing These Bitches 3. Finnish melodic death metal band Blind Stare covered the track on the digipak edition of their Symphony of Delusions album.