[Bridge]
Where does the answer lie?
Living from day to day
If it’s something we can’t buy
There must be another way 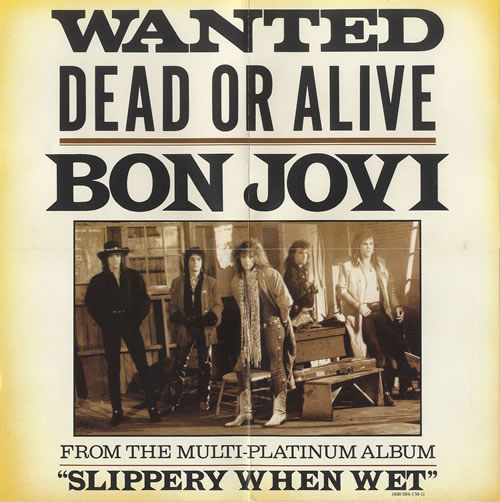 “Wanted Dead or Alive” is a single by American rock band Bon Jovi. It is from their 1986 album Slippery When Wet. The song was written by Jon Bon Jovi and Richie Sambora and was released in 1987 as the album’s third single. During a February 20, 2008 encore performance in Detroit, Jon Bon Jovi told the crowd about running into Bob Seger at a Pistons game. As he introduced his song “Wanted Dead or Alive”, he said it was inspired by Seger’s “Turn the Page” hit and called the song the band’s anthem.[1] The song peaked at #7 on the Billboard Hot 100 chart and #13 on the Mainstream Rock Tracks chart,[2] making it the third single from the album to reach the Top 10 of the Hot 100. As a result, Slippery When Wet became the first hard rock album to have 3 top 10 hits on the Billboard Hot 100.

Considered to be one of the band’s signature songs, it has become known to younger audiences as the theme song for Discovery Channel‘s Deadliest Catch TV show.

The song was certified quadruple platinum by the Recording Industry Association of America in 2015.[3] 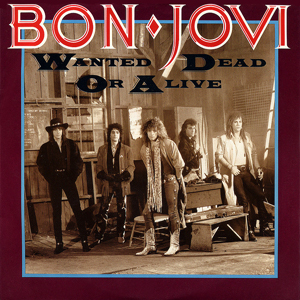 The song’s title pays homage to Jon’s admiration for Old West heroes, and how he identifies with them as being hated and loved at the same time (“wanted dead or alive”, so to speak). During an interview on Inside the Actors Studio, Jon said he got the inspiration for the song early one morning when he could not sleep while riding in a tour bus. The “lifestyle of every rock band” was similar to that of outlaws in that each was, “a young band of thieves, riding into town, stealing the money, the girls, and the booze before the sun came up.”[4]

Jon Bon Jovi said during a concert in Detroit, Michigan, on February 20, 2008, that the song “absolutely positively was influenced by [Bob] Seger’s ‘Turn the Page.'”[5] Bon Jovi performed “Turn the Page” during a concert in Toronto, Ontario (Canada) on July 21, 2010. Afterward, Jon told the audience he remembered listening to this song in 1985 while traveling on a tour bus in the midwest and telling Richie Sambora, “We got to write a song like this.” The following year the duo composed “Wanted Dead or Alive”.

In Bon Jovi’s Slippery When Wet Special Edition, Jon and Richie perform the acoustic version of “Wanted Dead Or Alive” live, and before singing they mention they wrote the song in Richie’s mother’s basement a year ago (1985 or 1986) and Richie says “Mom this is for you” and Jon thanks her by saying “Thanks for Richie’s mom for not doing the laundry the day we wrote this song, it’s called Wanted Dead or Alive”. In this version, Richie and Jon take turns singing during the second and the last verse. The guitar solo is performed on one of Sambora’s trademark multi-necked 12 string Ovation guitars, rather than switching to an electric guitar for the solo and last verse of the song. 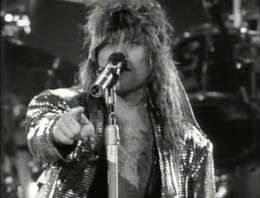