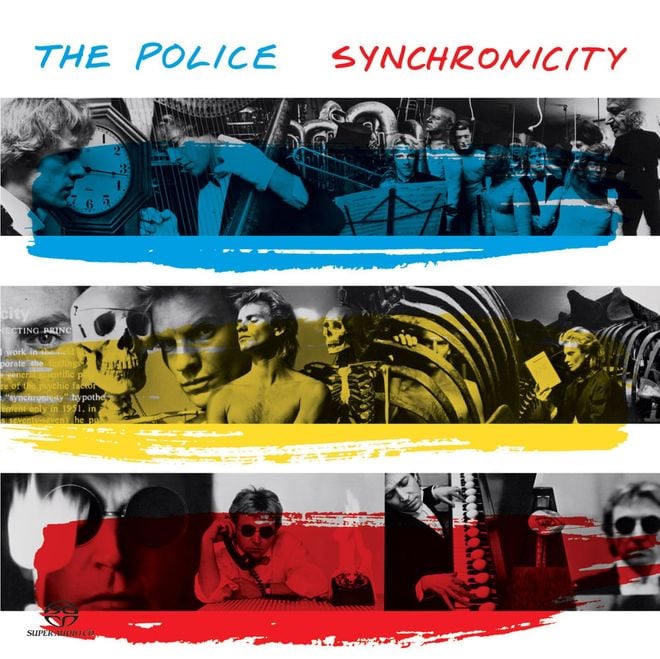 “King of Pain” is a song by English rock band The Police, released as the final single from their fifth and final studio album Synchronicity (1983). Written by the band’s lead singer and bassist Sting as a post-separation song from his wife, “King of Pain” conjures up symbols of pain and relates them to a man’s soul. A&M Records released “King of Pain” as the album’s fourth single in the UK, while in many other countries it was released as the second single.

The song received acclaim from music critics, many of whom praised Sting’s lyrics and cited the song as a highlight from Synchronicity, reaching number three in the US Billboard Hot 100 chart in October 1983, and number one on the Billboard Top Tracks chart for five weeks in August 1983. In the United Kingdom, it reached number 17 in January 1984.

Multiple artists have covered “King of Pain”. Canadian singer-songwriter Alanis Morissette covered the track for her MTV Unplugged album (1999) and released it as the second single from the album. 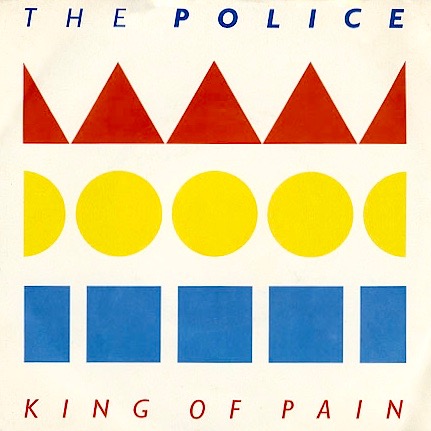 “King of Pain” was released as the second single in the US and the fourth single in the UK, taken from their fifth and final album, Synchronicity (1983). The song was released after “Every Breath You Take“‘s eight-week appearance on top of the charts. Sting‘s fascination with Carl Jung and, to a greater extent, Arthur Koestler inspired him to write the track. As a Hungarian-born novelist who resided in England, Koestler was enthralled with parapsychology and the unexplained workings of the mind (he wrote the book titled The Ghost in the Machine in the late ’60s, after which the Police named their fourth album).[2] A music video was made but only released in Australia.[3]

“King of Pain” was written by Sting, while production was done by The Police and Hugh Padgham. The song was inspired by his then-recent separation from his first wife. He remarked, “I conjured up symbols of pain and related them to my soul. A black spot on the sun struck me as being a very painful image, and I felt that was my soul up there on there on the sun. It’s just projecting your state into the world of symbolism, which is what poetry’s all about, really.”[4]

Actually, it was something I said. I’d just left my first wife – a very painful break – and I went to Jamaica to try and pull myself together. I was fortunate to be able to go to Jamaica, I have to say, and stayed at this nice house and was looking at the sun one day. I was with Trudie who is now my current wife and said ‘Look, there’s a little black spot on the sun today’. And there’s a pause. I said, ‘That’s my soul up there’. I was full of hyperbole. I said that! I went back in and wrote it down on a piece of stuff, and wrote some other stuff.

The song received acclaim from music critics. Stephen Thomas Erlewine of Allmusic picked the song as a highlight from the album, writing that “King of Pain” and “Wrapped Around Your Finger”, “are devilishly infectious new wave singles.”[5] Sputnikmusic website picked it as an “essential track”, writing that “King of Pain”, “Every Breath You Take” and “Wrapped Around Your Finger”, “rely on gorgeous, understated melodies, embracing the primary sonic overtones encompassing the record.”[6] Michael Roffman of Consequence of Sound chose the track as “one of his personal favorite Sting-led tracks,” pairing it next to his other works like “If I Ever Lose My Faith in You” or “Fields of Gold“.[7]

The song was a success in the United States, peaking at number three on the Billboard Hot 100 chart and number one on the Mainstream Rock chart, while also reaching number 33 on the Adult Contemporary chart.[8] “King of Pain” entered Canada’s RPM chart at number 48, on the edition of 20 August 1983.[9] The song climbed to number-one on the edition of 15 October 1983.[10] 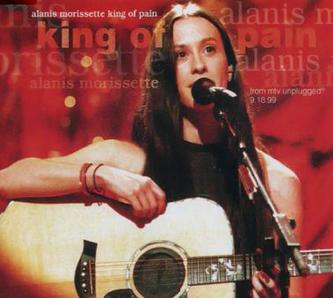 Canadian singer-songwriter Alanis Morissette covered “King of Pain” for her MTV Unplugged album, on 18 September 1999. The song was released as the album’s second single on 19 April 2000. Morissette shifted the word “king” to “queen” towards the end of the track. Critics gave the track favourable reviews, with some calling a “tender” ballad, and others naming it outstanding. The song only managed to chart in Brazil and Netherlands.

Neva Chonin of Rolling Stone wrote that “songs with lusher orchestral backdrops – “You Oughta Know,” “Uninvited” and the Police’s “King of Pain” – still carry lengthy, vocalcentric intros.”[18] Beth Johnson of Entertainment Weekly called it ” a tender cover”.[19] Chris Massey of PopMatters called it a “folksy cover which comes across exceedingly well.” Massey commented that, “Sting’s haunting vocals on the original song by The Police are almost overshadowed by the similarly chilling vocals of Alanis herself —almost. When the band kicks in – the bass is almost overpowering – and Alanis belts out the familiar chorus ‘I have stood here before inside the pouring rain / With the world turning circles, running around my brain,’ the power is outstanding.”[20]

American rock band Mudvayne released the track on their album “By the People, for the People” in 2007. American recording artist Lady Gaga performed the track along with Sting at iHeart Radio Festival in 2011; they also performed the track “Stand by Me“. Their rendition of “King of Pain” was lauded by critics. Louis Virtel of The Backlot called it “the best version of the song you’ll ever hear,” praising Gaga for “sporting teal streaks and some Stevie Nicks drapery, and Sting is (of course) wearing Underarmour, basically. Excellent performance.”[23]