[Verse 1]
Talk about things that nobody cares
Wearing other things that nobody wears
You’re calling my name but I got to make clear
I can’t say baby where I’ll be in a year
Some sweat hot mama with a face like a gent
Said my get up and go, musta got up and went
Well I got good news, she’s a real good liar
Because the backstage boogie set your pants on fire

[Verse 2]
I pulled into town in a police car
Your daddy said I took it just a little too far
You’re telling me things but your girlfriend lied
You can’t catch me because the rabbit done died, yes it did
You stand in the front just a shaking your ass
I’ll take you backstage you can drink from my glass
I’ll talk about something you’re sure to understand
Because a month on the road and I’ll be eating from your hand 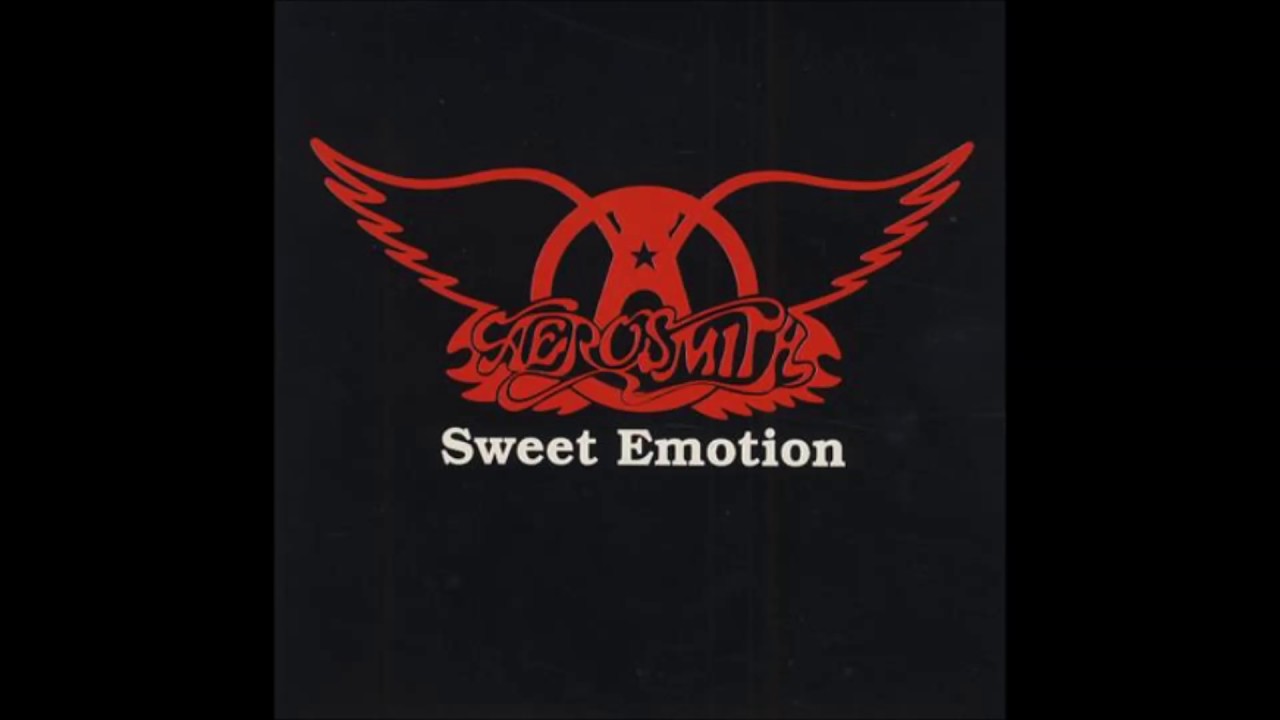 “Sweet Emotion” is a song by the American rock band Aerosmith, released by Columbia Records in April 1975 on the album Toys in the Attic[1] and was released as a single a month later on May 19.[2] The song began a string of pop hits and large-scale mainstream success for the band that would continue for the remainder of the 1970s. The song was written by lead singer Steven Tyler and bassist Tom Hamilton, produced by Jack Douglas[2][3] and recorded at the Record Plant.[3]

“Sweet Emotion” was released as a single on May 19, 1975,[2] and peaked at #36 on the Billboard Hot 100, becoming the band’s breakthrough single and their first Top 40 hit.[4] The day it hit #36 on the U.S. chart, July 19, 1975, Aerosmith was booked at a gig in New York City’s Central Park, called the Schaefer Music Festival. The song and consequently the album that went into the Top 10 were so successful that the band decided to ride the heels of success and re-release one of their first singles, the power ballad “Dream On“, which had originally charted at #59 in 1973.[5][4] The re-released version went on to hit #6,[5][4] the highest chart performance in the 1970s for the band.[4] “Sweet Emotion” remains successful in the modern day, having sold over three million digital downloads.[6]

Many Aerosmith fans believe that Steven Tyler wrote all of the lyrics to the song about the tension and hatred between the band members and Joe Perry‘s wife. Tyler himself has said that only some of the lyrics were inspired by Perry’s wife. It was stated in Aerosmith’s tell-all autobiography Walk This Way and in an episode of Behind the Music that growing feuds between the band members’ wives (including an incident involving “spilt milk” where Elyssa Perry threw milk over Tom Hamilton’s wife, Terry) may have helped lead to the band’s original lineup dissolving in the early 1980s.[7]

The line “Can’t catch me / Cause the rabbit done died” is a reference to the rabbit test.[8]

“Sweet Emotion” is a hard rock[9] song with a repeated electric bass riff tracked alongside the bass marimba, played by Jay Messina in the beginning, and Steven Tyler shakes a packet of sugar in place of maracas, as none were available. The introduction builds with the use of a talk box by Perry, which has become one of the most famous uses of the guitar talk box in popular music (Perry’s guitar “sings” the line “sweet emotion” over Hamilton’s bass riff). Eventually Tyler joins in, singing in unison with Perry’s talk box. The actual talk box device used was called The Bag and was made by Kustom Electronics. The now discontinued device had been used earlier by guitarists including Jeff Beck and Mike Pinera.

The song kicks into a more rocking rhythm with dueling guitars, and rapid-fire angry-sounding lyrics sung by Tyler. The chorus of the song consists of a repeating guitar riff followed by a mirror of the “sweet emotion” intro.

On the 1980 compilation album Aerosmith’s Greatest Hits, “Sweet Emotion” appears in edited form. The bass and talk box introduction is deleted, and the track begins with the chorus that precedes the first verse. The guitar solo at the end of the song was also excised, and the track concludes with the chorus, which repeats as the song fades out. This same edit was used for the original single release of the song, which was quickly replaced in subsequent pressings with the album version from Toys in the Attic.

The song is frequently cited as Aerosmith’s signature song, including in the World Almanac and Book of Facts, and regularly competes with “Dream On” and “Walk This Way” for the title of Aerosmith’s “signature song” elsewhere.

It is often included on “greatest song” lists or “greatest rock song” lists, including a ranking of No. 408 on Rolling Stone magazine’s 500 Greatest Songs of All Time.[10]

The original recording was remixed by David Thoener and released as a single in 1991 in coordination with the release of the band’s box set Pandora’s Box, although the remixed version was not in the box set. The differences from the original are that the drums are mixed louder, with more reverb, and that the song itself is over thirty seconds longer. A new music video was filmed and released in support of the single. The re-released version reached #36 on the Mainstream Rock Tracks chart and #74 in the United Kingdom. The remixed version was later issued on the soundtrack to the 1998 film Armageddon.

The video for the re-released version is based on a phone sex conversation. The video, directed by Marty Callner shows a young man under his covers with a magazine which is advertising a phone sex line. The young man, who says he is a 26-year-old attorney, and the phone sex operator talk about each other for a while, until it goes into a shot of the band performing in a basement (this portion of the video was actually recorded in an old warehouse in the Charlestown Navy Yard, which substituted as the band’s old apartment on 1325 Commonwealth Avenue in Boston). It switches back-and-forth between Aerosmith performing “Sweet Emotion” and the phone conversation. At the very end, both the phone sex operator and the young man are shown to be very different from each other’s perceptions; she is an overweight older woman with a baby living in a run down house, and he is a teenage boy. Throughout most of the video, Perry is playing a Gibson Les Paul but plays the solo on a Fender Stratocaster.

The video is also a homage to the 1983 film Risky Business, in that the opening scenes of the young man talking to the woman are almost identical to the scenes in the film of Tom Cruise‘s character talking on the phone to the call girl.

In March 2011 Japan was beset by a huge earthquake, a monstrous tsunami and the subsequent meltdown of the Fukushima nuclear plant. In the autumn of 2011, despite advice to the contrary, Aerosmith brought their “Back On The Road” tour to Japan, a country with which they’d always had a special relationship. The Japanese fans came out in their droves and Aerosmith responded with some of the finest gigs of their distinguished career. This film follows the band on that tour combining full length live tracks with behind the scenes footage which is at times touching and emotional and at others humorous and insightful. More than anything else it demonstrates the Japanese fans’ love affair with Aerosmith and their music.

Subscribe to our channel for more live concert footage: http://www.youtube.com/subscription_c…