Harry Nilsson Without You 1972 HD 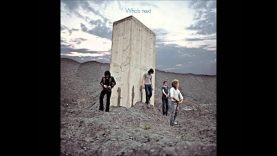 “Behind Blue Eyes” is a song by English rock band The Who. It was released in November 1971 as the second single from their fifth album Who’s Next and was written by Pete Townshend. The song is one of The Who’s most well known recordings and has been covered by many artists.