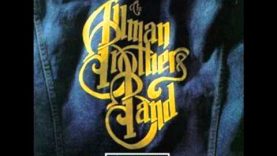 “Jessica” is a rock instrumental written by Dickey Betts, guitarist of The Allman Brothers Band, and Les Dudek, who played with them soon after Duane Allman’s death.[1]

Jessica was first released on the band’s 1973 album Brothers and Sisters, and has subsequently been used in many musical contexts. In January 2006, a Wall Street Journal article referred to the piece as “a true national heirloom.” It is widely known as the theme to the BBC Two motoring programme Top Gear and its popular reformatted revival.

The piece, along with “Ramblin’ Man”, is one of the two tracks from the album which marked the beginning of a new era for the Allman Brothers Band following the deaths of Duane Allman and Berry Oakley. The song is named for Jessica Betts, the daughter of Dickey Betts and Sandy Bluesky.
from the album Brothers and Sisters

The Allman Brothers Band – In Memory of Elizabeth Reed ( At Fillmore East, 1971 )