Fleetwood Mac- Over My Head (The Dance) 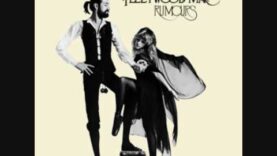 Great quality (best on here :P) A BIG thx to Insolution55 who gave me advise on how to get the sound enabled as WMG had disabled it, you are a DIAMOND! http://www.youtube.com/user/Insolution55
Recorded from Top Of The Pops 1983. Fleetwood Mac are a British-American rock band formed in 1967 in London.

The only original member present in the band is its namesake drummer, Mick Fleetwood. Despite band founder Peter Green naming the group by combining the surnames of two of his former bandmates (Fleetwood, McVie) from John Mayall’s Bluesbreakers, bassist John McVie played neither on their first single nor at their first concerts. The keyboardist, Christine McVie, has, to date, appeared on all but two albums, either as a member or as a session musician. She also supplied the artwork for the album Kiln House.

The two most successful periods for the band were during the late 1960s British blues boom, when they were led by guitarist Peter Green and achieved a UK number one with “Albatross”; and from 1975 to 1987, with more pop-orientation, featuring Christine McVie, Lindsey Buckingham and Stevie Nicks. Fleetwood Mac’s second album after the incorporation of Nicks and Buckingham, 1977’s Rumours, produced four U.S. Top 10 singles (including Nicks’ song “Dreams”, which was the band’s first and only U.S. number one) and remained at No.1 on the American albums chart for 31 weeks, as well as reaching the top spot in various countries around the world. To date the album has sold over 40 million copies worldwide, making it the ninth highest selling album of all time.

The band enjoyed more modest success in the intervening period between 1971 and 1974, with the line-up including Bob Welch, and also during the 1990s which saw more personnel changes before the return of Nicks and Buckingham in 1997, and more recently, the departure of Christine McVie.

During the concerts mentioned, Buckingham stated, “the time is right to go back to the studio—but only after a tour. I think maybe there was even a sense that we would make a better album if we went out and hung out together first on the road … Maybe even sowing some seeds musically that would get us more prepared to go in the studio rather than just going in cold. It takes the pressure [off] from having to go in and make something cold.”

During their show on June 20, 2009 in New Orleans, Louisiana, Stevie Nicks premiered part of a new song that she had written about Hurricane Katrina.

In October 2009, the band began a tour of Europe which carried on into early November, followed by a tour of Australia and New Zealand in December.

Also in October The Very Best of Fleetwood Mac was re-released in an extended two-disc format (this format having been released in the US in 2002), premiering at number six on the UK Albums Chart.

During a show on October 30 in London’s Wembley Arena, Buckingham re-confirmed possibilities of a new album and a future tour to promote it.

On November 1, 2009, a new one-hour documentary, Fleetwood Mac: Don’t Stop, was broadcast in the UK on BBC One, which featured recent interviews with all four current band members. During the documentary, Nicks gave a candid summary of the current state of her relationship with Buckingham, stating “Maybe when we’re 75 and Fleetwood Mac is a distant memory, we might be friends…”. It also included outtakes from the Tusk recording sessions, not seen for many years since their availability on VHS cassette in 1981.

On November 6, 2009 Fleetwood Mac played the last show of the European leg of their Unleashed tour at London’s Wembley Arena. Christine McVie was present in the audience, to Stevie Nicks paid a tribute from the stage to a standing ovation from the audience, stating that she thought about her former bandmate “every day”, and went on to dedicate that night’s performance of “Landslide” to McVie.

In December 2009, concert industry website Pollstar reported that Fleetwood Mac and the Eagles were looking to co-headline a tour in the summer of 2010. The tour would play stadiums and arenas in North America and Europe.

On December 19, 2009, Fleetwood Mac played the second to last act of their Unleashed tour to a sell-out crowd at what was originally intended to be a one-off event at the TSB Bowl of Brooklands, New Plymouth, New Zealand. Tickets, after pre-sales, sold out within twelve minutes of public release, and another date (Sunday the 20th), which also sold out, was added.

On October 19, 2010, Fleetwood Mac played a private show at the Phoenician Hotel in Scottsdale, Arizona for TPG (Texas Pacific Group). Please visit my other Channel.
http://www.youtube.com/user/squizzy104?feature=mhum#p/a/u/2/6MHSf1SP2n

Fleetwood Mac- Over My Head (The Dance)