Eric Clapton – Have you ever loved a woman? 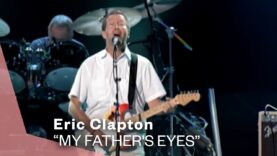 Watch Eric Clapton perform “I Shot The Sheriff” live from Chicago at Crossroads 2010. Originally written by Bob Marley, Clapton’s version of I Shot the Sheriff appeared on his 1974 solo album, ‘461 Ocean Boulevard.’ It is the most successful version of the song, peaking at #1 on the Billboard Hot 100

Eric Clapton, one of the world’s pre-eminent blues/rock guitarists, once again summoned an all-star team of six-string heroes for his fifth Crossroads Guitar Festival in 2019. Held at the American Airlines Center in Dallas, Texas, the two-day concert event raised funds for the Crossroads Centre in Antigua, the chemical dependency treatment and education facility that Clapton founded in 1998.