[Verse 3]
In one, numbers were burning
In another, I witnessed a crime
In one, I was running, and in another
All I seemed to be doing was climb
Wasn’t looking for any special assistance
Not going to any great extremes
I’d already gone the distance
Just thinking of a series of dreams

“Series Of Dreams” is a song written and composed by American singer-songwriter Bob Dylan. Originally recorded for his 26th album Oh Mercy and produced by Daniel Lanois, the song was not used on the album but was later remixed and included in The Bootleg Series Volumes 1–3 (Rare & Unreleased) 1961–1991, released in 1991. According to the booklet in Bootleg Series Volumes 1-3, “Series of Dreams” was recorded on March 23, 1989, with overdubs added in January 1991.

“Series of Dreams” was included on the compilation Bob Dylan’s Greatest Hits Volume 3 in 1994. 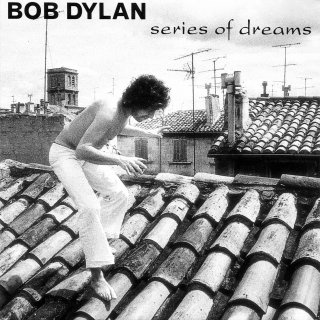 Among Dylan’s most ambitious compositions, “Series of Dreams” is given a tumultuous production from Lanois. The lyrics are fairly straightforward, giving a literal description of the turmoil encountered by the narrator during a “series of dreams”, before the descriptions unfold into a set of highly evocative verses with surrealistic lyrics.

It’s possibly one of the most concise Dylan songs and it remains a mystery why it wasn’t included in Oh Mercy. This is a simple song about an artist who had already done the distance, proved his worth and was bored. It explains the motive behind everything he has done since. Lanois’ production suits the track. Lyrically it’s introspective and simple in construction but the production lends it a sense of grandeur.

In his autobiography Chronicles: Volume One, Dylan wrote about the song’s recording,

“Although Lanois liked the song, he liked the bridge better, wanted the whole song to be like that. I knew what he meant, but it just couldn’t be done. Though I thought about it for a second, thinking that I could probably start with the bridge as the main part and use the main part as the bridge…the idea didn’t amount to much and thinking about the song this way wasn’t healthy. I felt like it was fine the way it was — didn’t want to lose myself in thinking too much about changing it.” [1]

During a Sound Opinions interview broadcast on Chicago FM radio, Lanois told Chicago Tribune critic Greg Kot that “Series of Dreams” was his pick for the opening track, but ultimately, the final decision was Dylan’s. Music critic Tim Riley would echo these sentiments, writing that “‘Series of Dreams’ should have been the working title song to Oh Mercy, not a leftover pendant.”[citation needed]

The music video for “Series of Dreams” was nominated for the Grammy Award for Best Music Video in 1992, but lost to R.E.M.‘s “Losing My Religion.”