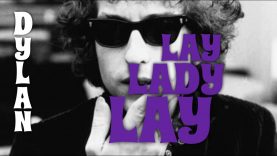 [Verse 2]
Lay, lady, lay
Lay across my big brass bed
Stay, lady, stay
Stay with your man awhile
Until the break of day, let me see ya’ make him smile
His clothes are dirty but his, his hands are clean
And you’re the best thing that he’s ever seen

“Lay Lady Lay” is a song written by Bob Dylan and originally released in 1969 on his Nashville Skyline album.[2] Like many of the tracks on the album, Dylan sings the song in a low croon, rather than in the high nasal singing style associated with his earlier (and eventually later) recordings.[3] The song has become a standard and has been covered by numerous bands and artists over the years, including The Byrds, Ramblin’ Jack Elliott, The Everly Brothers, Melanie, The Isley Brothers, Duran Duran, Magnet, Hoyt Axton, Angélique Kidjo, Ministry, Malaria! and Lorrie Morgan.[2][4] 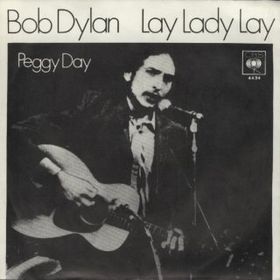 “Lay Lady Lay” was originally written for the soundtrack of the movie Midnight Cowboy, but wasn’t submitted in time to be included in the finished film.[5][6] Dylan’s recording was released as a single in July 1969 and quickly became one of his top U.S. hits, peaking at #7 on the Billboard Hot 100.[7] The single did even better in the United Kingdom where it reached #5 on the UK Singles Chart.[8] Like many of the tracks on Nashville Skyline, the song is sung by Dylan in a warm, relatively low sounding voice, rather than the more abrasive nasal singing style with which he had become famous.[3]Dylan attributed his “new” voice to having quit smoking before recording the album, but some unreleased bootlegrecordings from the early 1960s reveal that, in fact, Dylan had used a similar singing style before.[2]

Don Everly of the Everly Brothers recounted in a 1986 Rolling Stone interview that Dylan performed parts of the song for them after a late 1960s appearance by the duo in New York, as they were “looking for songs, and he was writing “Lay Lady Lay” at the time.”[9] Despite a popular story that the Everly Brothers rejected the song due to misunderstanding the lyrics as sexual in nature, Everly continued “He sang parts of it, and we weren’t quite sure whether he was offering it to us or not. It was one of those awestruck moments.”[9] In a 1994 interview Don Everly further explained the encounter, stating that “It really wasn’t a business meeting … It wasn’t that kind of atmosphere.”[10] The Everly Brothers later covered the song on their EB 84 album, 15 years after Dylan’s release.

Drummer Kenny Buttrey has said that he had a difficult time coming up with a drum part for the song. Dylan had suggested bongos, while producer Bob Johnson said cowbells. In order to “show them how bad their ideas were”, Buttrey used both instruments together. Kristofferson, who was working as a janitor in the studio at the time, was enlisted to hold the bongos in one hand and the cowbell in the other. Buttrey moved the sole overhead drum mic over to these new instruments. When he switches back to the drums for the choruses the drumset sounds distant due to not being directly mic’d. The take heard on the album is the first take and is one of Buttrey’s own favorite performances.[11]

“I used to listen to that one record, ‘Lay Lady Lay’, in my brother’s bedroom in the basement of our house,” recalled Madonna. “I’d lie on the bed and play that song and cry all the time. I was going through adolescence; I had hormones raging through my body. Don’t ask me why I was crying – it’s not a sad song. But that’s the only record of his that I really listened to.”[12]

Written in the key of A major, or A Mixolydian,[15] the song’s chord progression features a descending chromatic line and Dylan’s voice occupies a range from F#2 to D4.[16] The bass is most often based on the chromatic descent or otherwise emphasizing the modal center of A. The chief hook in “Lay Lady Lay”, a song with far more hooks than is typical for Dylan, is a recurring four-note pedal steel guitar riff.[2] The song’s distinctive drum part is performed by Kenny Buttrey, who regarded his contribution to the song as one of his best performances on a record.[17] Lyrically the song speaks of romantic and sexual anticipation as the singer beseeches his lover to spend the night with him.[2]

Live performances and other releases

Dylan played the song live for the first time at the Isle of Wight on August 31, 1969; a recording is included on Isle of Wight Live, part of the 4-CD deluxe edition of The Bootleg Series Vol. 10: Another Self Portrait (1969–1971). Performances of the song from 1974 and 1976 are included on the Before the Flood and Hard Rain live albums. The song has frequently been performed by Dylan since the late 1980s during his Never Ending Tour. 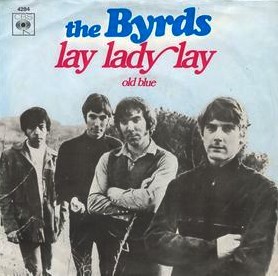 The Byrds‘ recording of “Lay Lady Lay” was released as a single on May 2, 1969 and reached #132 on the Billboard chart but failed to break into the UK Singles Chart.[28][29] The song was recorded as a non-album single shortly after the release of The Byrds’ seventh studio album, Dr. Byrds & Mr. Hyde.[30] The Byrds decided to cover the song after Bob Dylan played the band his newly recorded Nashville Skyline album at band leader Roger McGuinn‘s house.[31] The Byrds recorded “Lay Lady Lay” on March 27, 1969 but producer Bob Johnston overdubbed a female choir on to the recording on April 18, 1969 without The Byrds’ consent.[32] The single was then released and it was only after it had been issued that the band became aware of the addition of the female choir.[31][32] The group were incensed, feeling that the choral overdub was incongruous and an embarrassment.[33] The Byrds were so upset at Johnston’s tampering with the song behind their backs, that they never again worked with him.[31]

Despite the band’s displeasure with the finished single, many critics felt that the presence of the female choir added a dramatic touch which heightened the song’s emotional appeal.[31] Journalist Derek Johnson, writing in the NME, commented “The harmonic support behind the solo vocal is really outstanding, largely because The Byrds have been augmented by a girl chorus. This, plus the familiar acoustic guitars, the attractive melody and the obstructive beat, makes it one of the group’s best discs in ages.”[31] When “Lay Lady Lay” was released on The Byrds box set in 1990, it was presented without its choral overdub at McGuinn’s insistence.[33][34] This alternate version, without the female choir, was included as a bonus track on the remastered Dr. Byrds & Mr. Hyde CD in 1997.[33] It was also included on the 2002 reissue of The Byrds Play Dylan and the 2006 box set, There Is a Season.[35][36]

Duran Duran recorded a pop rock version of the song, appearing as track five on their 1995 covers album, Thank You.[37]The band released the song as a single in Italy to promote the album.[38] Nick Rhodes has stated on the band’s official website (answering an Ask Katy question in 2008 about the second single taken from Thank You) “I seem to remember my concern at that time was, in fact, our record label’s – Capitol in America and EMI for the rest of the world – deciding to split their decision on their choice for the first single, “White Lines” in the US and “Perfect Day” for the rest of the world. Hence, there was no worldwide focus and both territories forced to use the other track as their second single, so it didn’t really work out to be an ideal situation for anyone. I’m not sure what I would’ve chosen for a second single, possibly “Lay Lady Lay”, but then I am still very happy with the way “Perfect Day” turned out.”[39]

The American band Ministry released a version of the song as a single and as part of their 1996 album, Filth Pig.[40][41]The song also appears on the band’s 2008 covers album, Cover Up.[42] The single release included two versions of “Lay Lady Lay”; one being the standard album version and the other being a shorter edited version.[40] The single also included the song “Paisley”, which appeared on the Escape from L.A. soundtrack album, and a live recording of “Scarecrow”, which had originally appeared in a studio version on the band’s Psalm 69: The Way to Succeed and the Way to Suck Eggs album, and taken from the Lollapalooza 1992 in Palo Alto, California.[40][43][44][45] 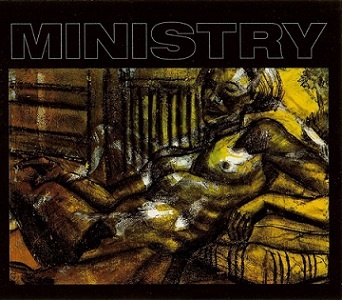 Many other cover versions of the song have been recorded by numerous performers, including:[4]

She is always a woman to me – Billy Joel