[Verse 1]
I’m beginning to hear voices and there’s no one around
Well, I’m all used up and the fields have turned brown
I went to church on Sunday and she passed by
My love for her is taking such a long time to die

I’m waist deep, waist deep in the mist
It’s almost like, almost like I don’t exist
I’m twenty miles out of town in cold irons bound

[Verse 3]
There’s too many people, too many to recall
I thought some of ’m were friends of mine, I was wrong about ’m all
Well, the road is rocky and the hillside’s mud
Up over my head nothing but clouds of blood

[Verse 4]
Oh, the winds in Chicago have torn me to shreds
Reality has always had too many heads
Some things last longer than you think they will
There are some kind of things you can never kill 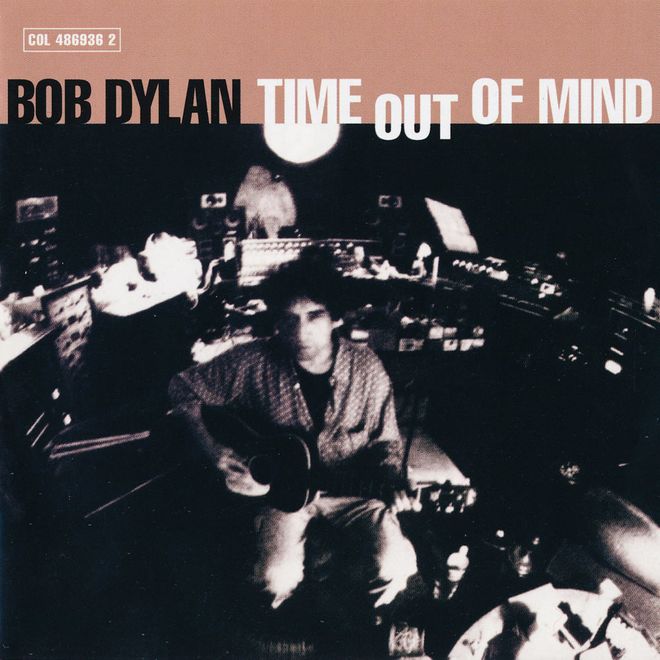 “Cold Irons Bound” is a Grammy Award-winning song written by Bob Dylan, recorded in January 1997 and released on September 30, 1997 on his critically acclaimed album Time Out of Mind.

An alternate version of the song, recorded in July 2002 for a concert sequence in the film Masked and Anonymous, was released on the film’s soundtrack album in July 2003. This version appears in video form on the bonus DVD included in the Limited Edition version of Dylan’s 2006 album Modern Times.

Since its composition, “Cold Irons Bound” has been a regular in Dylan’s live setlists. A concert version, recorded in Los Angeles on December 16, 1997, appeared on various “Love Sick” single releases in 1998, as well as on the compilation Live 1961-2000: Thirty-Nine Years of Great Concert Performances, released in Japan in 2001. A June 11, 2004 performance, from the Bonnaroo Music Festival, in Manchester, Tennessee, is included on the Deluxe Edition of Tell Tale Signs: Rare and Unreleased 1989–2006(2008). 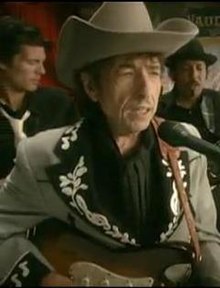 Oliver Trager describes “Cold Irons Bound” as “biting” with “ricocheting guitar licks, rockabilly drums, distorted organ, and [a] voice floating in a blimp of its own echo,” in which “one can still hear, to paraphrase “Visions of Johanna,” the ghost of electricity howling from the bones of Dylan’s face…” [1] Michael Gray also describes this song in detail:

“There’s an interesting tension, too, in “Cold Irons Bound,” perhaps more accurately an interesting inappropriateness between, on one side, the grinding electronic blizzard of the music and the cold, aircraft-hangar echo of the voice lamenting its sojourn across a lethal planet – fields turned brown, sky lowering with clouds of blood, winds that can tear you to shreds, mists like quicksand – and on the other side the recurrently stated pursuit of tenderness, in phrases that seem imported from another consciousness…It’s decidedly odd to hear, pitched against the scraping Lanois winds half tearing us to shreds, sentiments as obdurately “romantic” as

Lookin’ at you and I’m on my bended knee

I tried to love and protect you

and to hear such a defensively bleak, exhausted old voice articulate the thought that

“Cold Irons Bound” has been covered by: