[Verse 1]
My, my, at Waterloo, Napoleon did surrender
Oh yeah, and I have met my destiny in quite a similar way
The history book on the shelf
Is always repeating itself

[Chorus]
Waterloo – I was defeated, you won the war
Waterloo – Promise to love you for ever more
Waterloo – Couldn’t escape if I wanted to
Waterloo – Knowing my fate is to be with you

[Verse 2]
My, my, I tried to hold you back but you were stronger
Oh yeah, and now, it seems my only chance is giving up the fight
And how could I ever refuse?
I feel like I win when I lose

[Chorus]
Waterloo – I was defeated, you won the war
Waterloo – Promise to love you for ever more
Waterloo – Couldn’t escape if I wanted to
Waterloo – Knowing my fate is to be with you

[Hook]
So how could I ever refuse?
I feel like I win when I lose

[Outro]
Waterloo – Couldn’t escape if I wanted to
Waterloo – Knowing my fate is to be with you
Woah, oh, oh, oh, Waterloo – Finally facing my Waterloo…

Waterloo – Knowing my fate is to be with you
Woah, oh, oh, oh, Waterloo – Finally facing my Waterloo…

“Waterloo” is the first single from the Swedish pop group ABBA‘s second album, Waterloo and their first under the Epic and Atlantic labels. This was also the first single to be credited to the group performing under the name ABBA.

On 6 April 1974 the song was the winning entry for Sweden in the 1974 Eurovision Song Contest. The victory began ABBA’s path to worldwide fame. The Swedish version of the single was a double A-side with “Honey, Honey” (Swedish version), while the English version usually featured “Watch Out” on the B-side.

The single became a No. 1 hit in several countries. It reached the U.S. Top 10 and went on to sell nearly six million copies, making it one of the best-selling singles of all time.

At the 50th anniversary celebration of the Eurovision Song Contest in 2005, it was chosen as the best song in the competition’s history.[4]

“Waterloo” was written specifically to be entered into the 1974 Eurovision Song Contest, after the group finished third with “Ring Ring” the previous year in the Swedish pre-selection contest, Melodifestivalen 1973.

The original title of the song was “Honey Pie”. “Waterloo” was originally written with simultaneous rock music and jazz beats (unusual for an ABBA song).

“Waterloo” is about a woman who “surrenders” to a man and promises to love him, referencing Napoleon‘s surrender at the Battle of Waterloo in 1815.

The band considered submitting another song to Eurovision, “Hasta Mañana“, but decided on “Waterloo” since it gave equal weight to both lead vocalists Agnetha Fältskog and Anni-Frid Lyngstad, while “Hasta Mañana” was sung only by Fältskog.

ABBA performed the song at Melodifestivalen 1974 in February, singing it in Swedish. The song won, and therefore advanced to Eurovision.

The song differed from the standard “dramatic ballad” tradition of the Eurovision Song Contest by its flavour and rhythm, as well as by its performance. ABBA gave the audience something that had never been seen before in Eurovision: flashy costumes (including silver platform boots), plus a catchy uptempo song and even simple choreography. The group also broke from convention by singing the song in a language other than that of their home country; prior to “Waterloo” all Eurovision singers had been required to sing in their country’s native tongue, a restriction that was lifted briefly for the 1974 and 1975 contests (thus allowing “Waterloo” to be sung in English), then reinstated before ultimately being removed again in 1998. Compared to later ABBA releases, the singers’ Swedish accents are decidedly more pronounced in “Waterloo”.

The song won the Eurovision Song Contest 1974 final on 6 April by six points.

The song shot to No. 1 in the UK and stayed there for two weeks, becoming the first of the band’s nine UK No. 1’s, and the 16th biggest selling single of the year in the UK.[5] It also topped the charts in Belgium, Denmark, Finland, West Germany, Ireland, Norway, South Africa and Switzerland, while reaching the Top 3 in Austria, France, the Netherlands, Spain, and ABBA’s native Sweden. (The song was immensely popular in Sweden, but did not reach No. 1 there due to Sweden having a combined Album and Singles Chart at the time: at the peak of the song’s popularity, its Swedish and English versions reached No. 2 and No. 3, respectively, while the No. 1 spot was held by the album Waterloo.) The song also spent 11 weeks on Svensktoppen (24 March – 2 June 1974), including 7 weeks at No. 1.[6]

Unlike other Eurovision-winning tunes, the song’s appeal transcended Europe: “Waterloo” also reached the Top 10 in Australia, Canada, New Zealand, Rhodesia and the United States (peaking at No. 6). The Waterloo album performed similarly well in Europe, although in the US it failed to match the success of the single.

ABBA had originally cited the song “See My Baby Jive“, by English glam rock band Wizzard, as a major influence; in the wake of their Eurovision victory, they were quoted as saying that it would not surprise them if artists such as Wizzard would consider entering the Eurovision in the future.

“Waterloo” was re-released in 2004 (with the same B-side), to celebrate the 30th anniversary of ABBA’s Eurovision win, reaching No. 20 on the UK charts.

On 22 October 2005, at the 50th anniversary celebration of the Eurovision Song Contest, “Waterloo” was chosen as the best song in the competition’s history.[4] 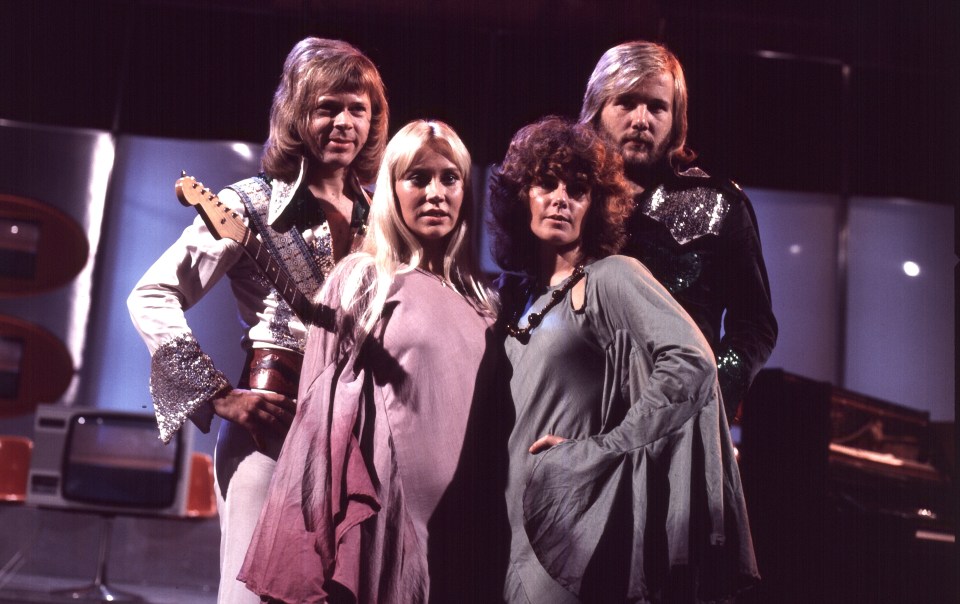